OUR DECADES OF PORTRAITS

On the occasion of Lars Schwander's portrait exhibition at the National History Museum (The National Portrait Collection) in Denmark, ArtStamp and Gallery Stalke are delighted to present two sheets of stamps in the ongoing process for mail art. Lars Schwander has, over these two sheets, created an inciting unifying portrait of a total of 50 artists. From the punk groups of the 1980s to today's prominent visual artists. From Malaria!'s Gudrun Gut and Christine Hahn, Björk, Mark E. Smith, Robert Forster and Daniel Boon to Wes Lang, Jacob Holdt and Torben Ulrich. As well as Leonard Cohen, Martin Kippenberger, Helmut Newton, Yoko Ono, Cindy Sherman, and others who has posed in front of Lars Schwander's camera.

Lars Schwander (* 1957) is one of the most central figures in Danish photography through 30 years. He has worked at Brandts Museum, The Royal Library, the City of Culture, Louisiana MoMA, Bruun-Rasmussen Auctioneers, and has organized exhibitions both in Denmark and abroad. In 1996 he founded the Photographic Centre in Copenhagen. During the 15 years Lars Schwander ran the gallery, a large number of Danish artists were hatched through Young Danish Photography, as well as a gathering place for international photographers and people from museums worldwide. He has written numerous books and essays on photography and visual arts in general. He is currently a writer in catalogues for both Aros (Art & Porn) and Randers Art Museum (Flag - object, icon, symbol). Furthermore, Lars Schwander has exhibited his portraits in Denmark, England, France, Russia, Spain, Germany, Hungary and the US, as well as being represented in collections in several countries. From Bibliothèque Nationale and Louis Vuitton Collection in Paris to Musée de la Photographie in Charleroi and Rosphoto in St. Petersburg.

Lars Schwander is of the belief that there is a straight line from the earliest to the most recent portraits. All photographed soberly and without imaginations. His pictures are taken with a minimum of staging. However Lars Schwander’s photographs often have this sensibility of dreams and longing. He has a special ability to capture this particular romantic world. For in his optics, an image is not just an image, a portrait not just a portrait: the photograph is a projection of the photographer's own notions of life and sense of beauty. It is thus a very intimate world that opens in Lars Schwander's work. 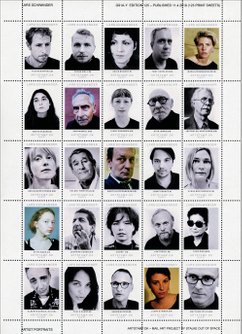 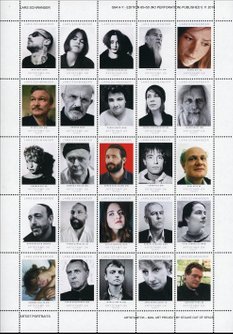