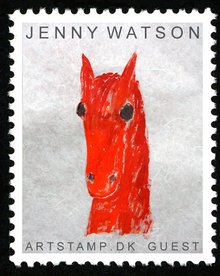 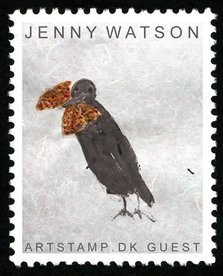 Sabine Pigalle new Covidcoin series refers to the economic globalisation versus Covid 19 pandemia, and throughout a collaboration between Sabine Pigalle and Artstamp, this Covidcoin project is now function global as Artstamps also.

The difficult path humanity is crossing now engenders economic turbulences all around the world and is a threat to commercial exchanges, wealth and goods circulation, resulting in a challenge to reflect about a new type of economy.

A total of 23 coins have been produced and among them we find the Danish Queen Mar- grethe ll, specially made for Denmark.

Sabine Pigalle belongs to the sphere of influence of a new generation of artists who navi- gate at the vague boundaries between reality and fiction.
The central axes of her work question myths and collective memory, as well as focusing on a style of portrait that is offbeat and treated as a representation of archetypes. She pro- duces transversal works combining paintings and photographs, ancient and contemporary art, figuration and abstraction. 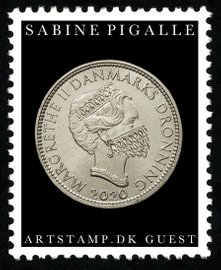 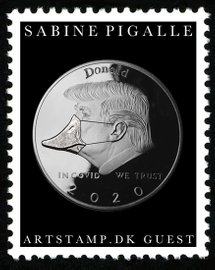 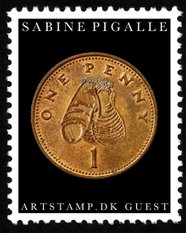